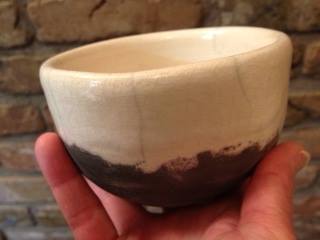 Playing with the Kids

Gifts for and from my Hybrid Children

Part 1: Messages From My Kids

Ever doubt the ETs are real? Ever wonder if maybe you’re just as crazy as your brother-in-law thinks? Isn’t it amazing when a moment arrives that totally confirms your most heartfelt knowing about the hybrid children?

Let me back up a few years: After Bashar told me in late 2009 that Anima, his female colleague, works directly with some of my hybrid kids, I asked if I could speak to her. A month later, during one of the most profound hours of my life, she introduced me to five of my children.

Now jump to a couple of months ago, mid-January 2014: I shared my Anima session with Awaken Within. 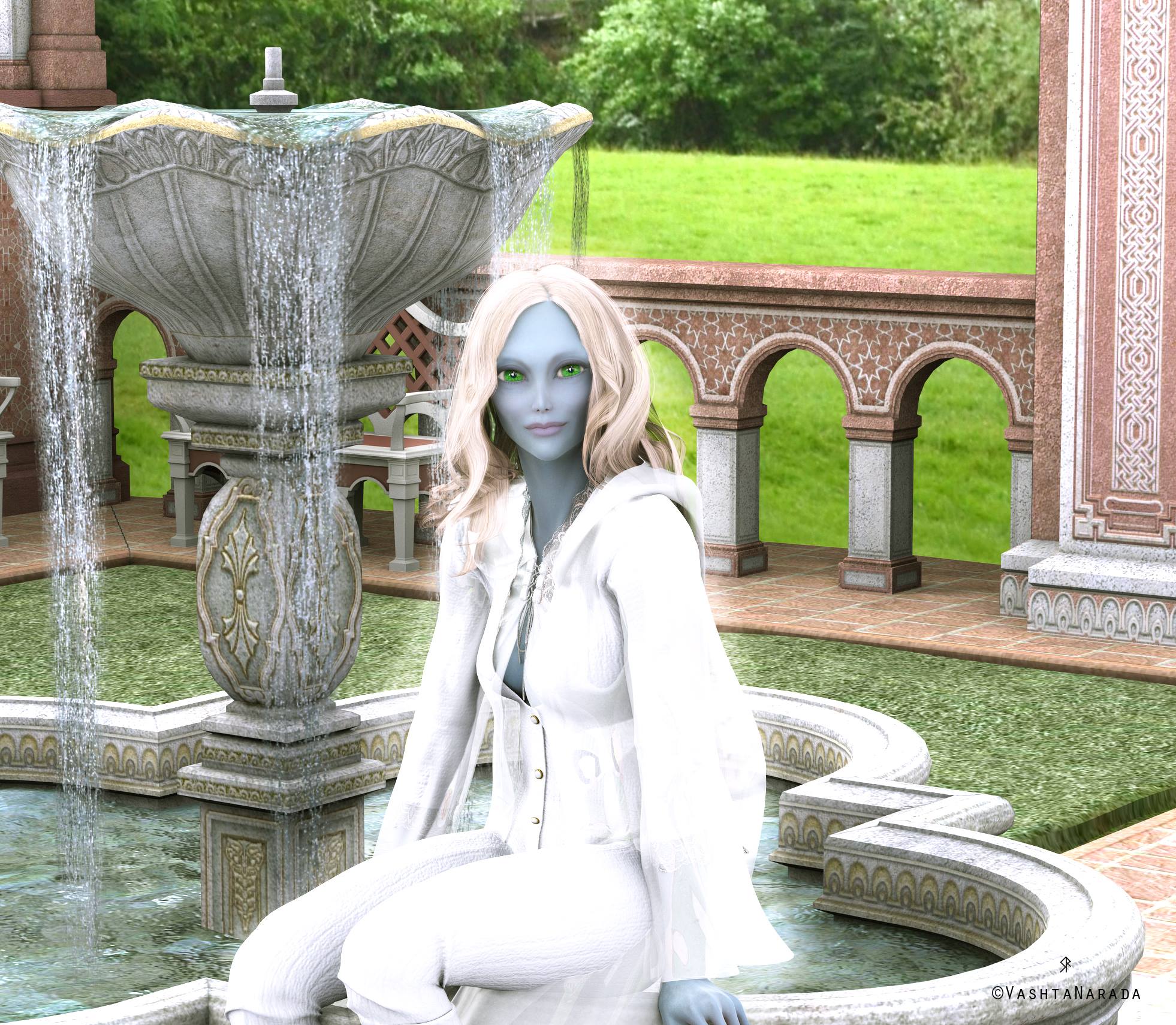 Depiction of Shayla by Vashta Narada

Her reaction: “Wow, OK, that was soooooooo awesome! I had to stop it after the first 10 minutes because Shayla (her YahYel counterpart) was all over the place… After gaining my ground again I pushed play. Thank you soooo much. I love your kids. I could listen to them all day.”

Since she’d met the five kids, I asked Awaken if she’d like to see the video I did in the summer of 2012 displaying the gifts I’d gathered for them when they arrive on Earth.

After watching the video, Awaken wrote again: “I almost fell over later today when you sent the other video of you. I really could not tell if I was dreaming or awake. It was all so life-changing, like I won the lotto at that moment.”

Turns out that while she was watching the original Anima DVD, Shayla, her YahYel counterpart, had been talking to her nonstop, telling her things about my children that she didn’t understand at the time. After seeing the video of my gifts for the kids, everything fell into place.

Before Awaken had watched the second video or knew I’d gathered presents for the kids, Shayla had told her to tell me: “They have seen your gifts. They love your gifts.” At the time Awaken had no idea what that meant.

When I talked to Anima in 2009 she told me that MAY, age 13 at the time, enjoys studying various tea ceremonies on Earth and would like to try cucumber sandwiches if and when she arrives here.

Ron, a wonderful neighbor of mine when I still lived in LA, is a potter. When I told him about May, he offered to give me one of his Japanese tea bowls for her. I chose a wabi-sabi bowl rather than a more formal one.

Shayla to Awaken in January 2014: “May loves the bowl so much she has made a list of things to do with it. She wants to cut up cucumbers and place them in her bowl, and even try a cucumber salad. She also wants to use her bowl to make a perfume and also some bath rose crushings because rose is so good for the bath. May says her mom (that’s me, Sharon!) knows all these things and she wants to try too. And saying “waaaabbbbbiiiiii-sssaaaaaabbbbbiiiiii” is really fun for her!”

According to Shayla, May told the other children how I looked at all of Ron’s bowls and picked that particular one, just like I picked her and she picked me. It’s true. I did look at every bowl Ron was offering before I chose the wabi-sabi one. 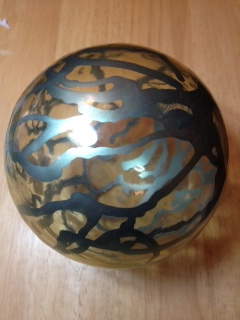 JACK was 3 years old at the end of 2009. During my session with Anima, he was the only one to come through Darryl directly, rather than Anima relaying information to me from the other children. He asked me to pick a card from his etheric deck. When I chose the jack of diamonds, he got super-excited: “Jack, Jack, I will be Jack! Diamonds, shiny diamonds!”

From Awaken: “I got to hear sweet little Jack talk about his ball and that you got one that shines. It looks like a diamond! He was saying this over and over, that he likes the shine. I just now saw the video and I feel like an earthquake has gone off because I got to see what he meant.”

SHAY, my oldest hybrid daughter (not to be confused with Shayla, Awaken’s YayYel counterpart), was almost 18 when I spoke with Anima.  I’ve been working on a quilt for her, mostly by hand. The traditional pattern is called Cathedral Window, but several people who’ve seen it said, “It’s the Flower of Life!” 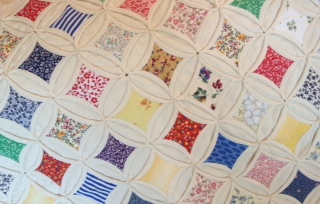 Awaken: “I got to Shay who talked about this wonderful flower of life, the petals that will warm her as it does her heart. I had no clue what it was, but Shay said she will use it even though she doesn’t need it because the love her mother has given to each of them has made them so happy. I just found out it’s a blanket and I was shocked!”

Awaken continued: “Shay plans on learning to do all things like you so she can give so much joy to others. There was so much love in these messages, I could never express it all.”

Joy poured out of me when I heard that.

Since Awaken knew the session with Anima was several years ago, she asked Shayla what I (Sharon) might have missed in the meantime.  Shayla said I’ve never missed a thing, that I’ve even gone to all their birthday parties. I go to sleep and head to the celebrations. The kids think it’s funny that I think I missed everything when in fact I’ve always been right there.

As you can see, Shayla conveyed messages from my children that Awaken had no prior knowledge of and didn’t understand at the time. I am eternally grateful to both of them.

I have no words for the explosion in my heart when Awaken told me all this. I know the hybrid children exist, that they’re real, but to have such solid confirmation from another dimension BLEW… ME… AWAY!!!

My heart’s knowing is real.

How I Met My Hybrid Children »