Usually when one of the hybrid children or another other-dimensional being begins to communicate with me, I first get a name. Sometimes it’s not even the right name.

For instance, a couple of months ago I heard the name David from a new-to-me hybrid boy and was immediately “told” that wasn’t right. I went through three or four more tries before getting to Naveed. “Yes! Bravo!” he said.

Later when Luna Tab told me that in Farsi (the language of Persia/Iran) that Navid (different spelling, same pronunciation) means “bearer of good news,” I was bowled over. The fact that it had taken me a few tries to get his name right confirmed for me that our communication is real and solid.

A few days ago while meditating, I saw in my third eye, rather than heard, the word Ozlu’an. That was it, nothing else. The next morning I asked for more.

Fifteen-year-old boy. Yahyel. (The first time I’ve consciously met a Yahyel child of mine. Hooray!) Lives on a ship. Creates and leads field trips for the younger kids. Both via consciousness and in the physical, they visit planets, including Earth, and other star systems. He said he would choose a symbol so that we can connect more easily.

I often wake up with my whole body vibrating. I used to think I must be having a heart attack or something but since I haven’t keeled over yet, I’ve learned to assume either (1) I’ve been out somewhere and am simply coming back into my body, or (2) it’s an influx of energy and nothing to worry about.

So, this morning’s meditation: I asked Ozlu’an if he had chosen a symbol. I immediately was shown a huge flaming sword. What? He works with young kids but a fiery weapon is his symbol? No way!

I instantly got the message that it was Archangel Michael’s sword. Freaky! He’s never ever contacted me before. What was he doing coming into my convo with Ozlu’an?

Before any answer came, my whole body, my whole being, was on FIRE! I often get warm, even quite hot, when cosmic energies come in but this was a whole new game. I wondered if I was going to burn to a crisp. Both temples started tingling like mad, like an electrical short circuit. Light language started to pour out of me. 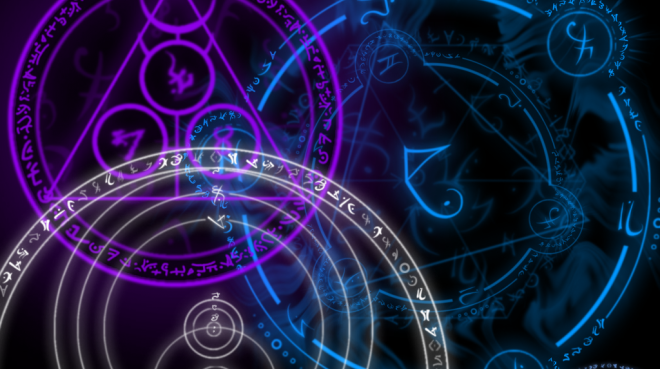 Michael started laughing, then handed over his messages. “Don’t continue to be so SMALL! Your soul agreement was to be… YOU fill in the blank. What’s more, do you really think we don’t also work with beings in other dimensions? Why is it so strange that I’m in contact with Ozlu’an?”

“Also,” he continued, “the sword is to help you cut through your Fear.”

I then understood that the flaming sword isn’t Ozlu’an’s contact symbol. It’s just that Michael powered in with his messages while I was in an open state.

What a way to start the day! I still don’t have a symbol for Ozlu’an but I do know one thing: I REALLY need to ground!

« Loud and Clear: The Sirians Speak
What Is Adama Yai and How Does It Work? »