How I Met My Hybrid Children

In December of 2009, just a few months after meeting Bashar and waking up to see and feel ET arms holding me, I had a private session with Bashar and Anima, a female colleague of his, during which she introduced me to five of my hybrid children.

For those of you who have seen Bashar, either in person, on DVD or online, you know that his gestures are minimalist. Anima’s on the other hand were big. As she telempathically communicated with the hybrid children, she waved her arms wide, tapped her nose and chin, touched her cheek, shook her finger. She, like Bashar, is both wise and very funny. 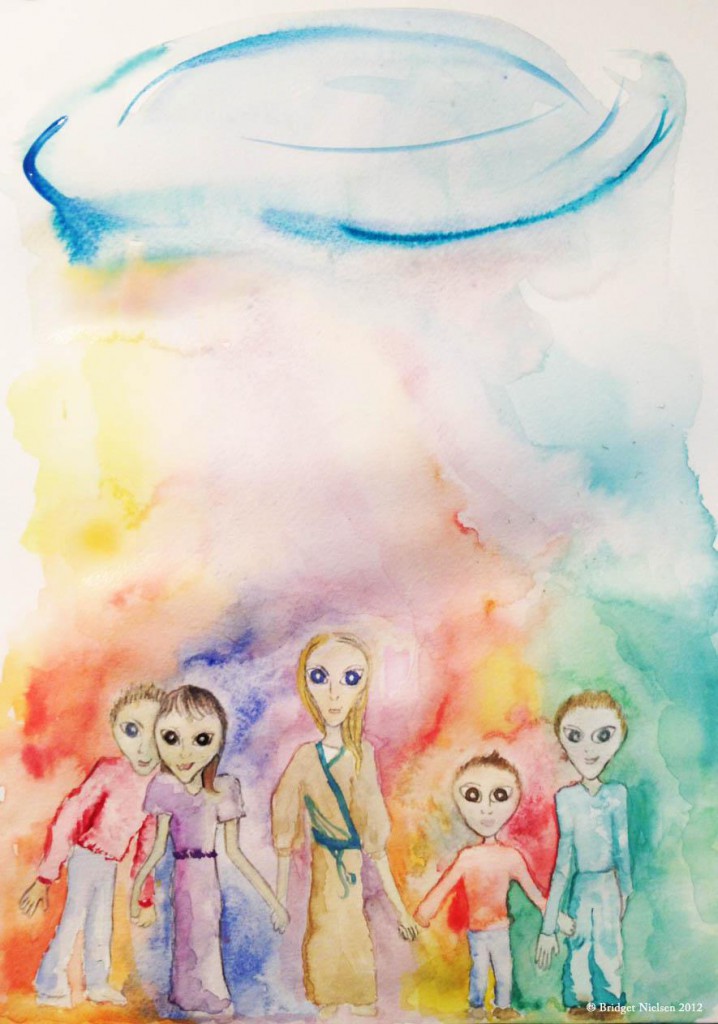 Sharon: Bashar said last month that you work directly with my hybrid children.

Anima: From time to time, yes.

S: Can you tell me things about them?

S: How old they are?

S: Can you tell me their names?

A: One is May. You understand?

S: Which one is that?

A: 15, yes. One moment. (long pause, much gesturing) He is being coy. (another pause with gestures) The 17 year old wants you to give him a nickname, rather than reveal the name he has chosen at this time.

A: Why? What does that mean to you?

S: It’s the name that I… Bashar’s game abut drawing an ET and putting it on the mirror… That’s the name I gave my little drawing.

S: Is that okay with him?

A: One moment. (more gestures) He says, is it related to cake?

S: It could be. The cake we’re supposed to be baking because we’re still dough?

A: If it is related to cake and the baking of a cake, he is okay with it.

S: Would he rather something else?

S: Are they Sassani? (Bashar’s and Anima’s civilization)

S: All three of them?

S: Oh, cool. Do they all know each other?

S: What sort of stuff?

A: Many things. May is particularly fond of what on your planet are called various forms of tea ceremonies. She is practicing tea ceremonies from many different cultures on your planet. She enjoys doing this. Though she has sampled a few of the teas we have been able to procure for her, she has never had… cucumber sandwiches and is curious about them. So, her request is that, should she come down one day to Earth, that she may try cucumber sandwiches. 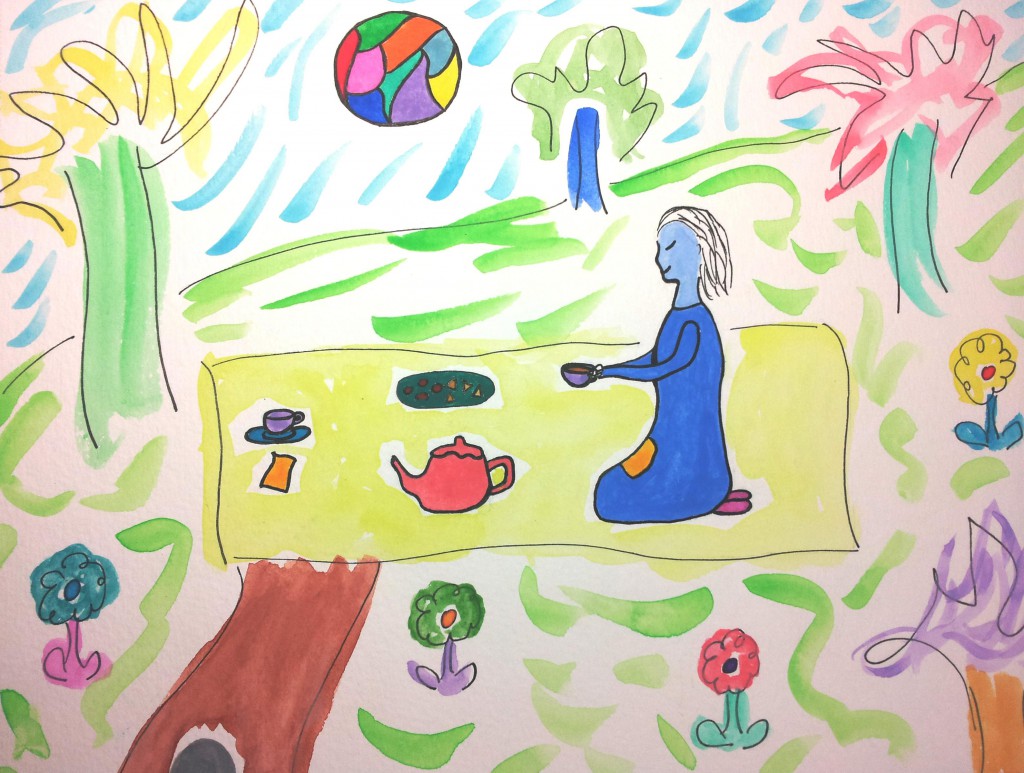 A: All right. Well, maybe not first. There are other things to do first.

S: Okay. Do I interact with them in dreamtime?

S: What do we do together?

S: Will there come a time – soon – when I remember this?

A: There will come a time. We cannot say whether it is soon in your relative terms of time. I cannot say.

S: When I get a physical longing to like hold them or hug them or whatever, is there…?

A: You are in connection energetically at those times. The longing may even be predicated by them making contact energetically. You understand?

S: Yes. But there’s nothing I can do about it?

S: Okay. Are they smarter than I am?

S: Because I’m not sure there’s anything I would be able to… I will be able to teach them.

S: What can I teach them?

A: You will know when the time comes. It will come naturally. What do you plan to teach any child when it comes into being on your planet? There will be many things that they will not know. The idea of their assimilation and their education will not be finished when they arrive on Earth. It is up to all of you to teach them things still. We have designed it that way on purpose. You understand? 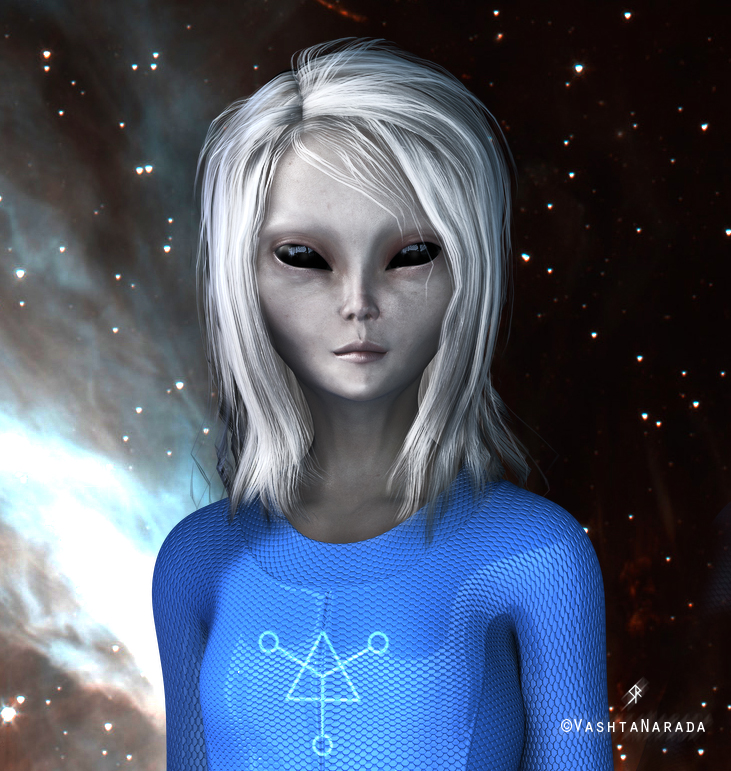 Depiction of Anima by Vashta Narada

A: So, she will also bring with her, in a sense, in her head, a list of things she would want you to help her learn. So you don’t have to worry about the idea of a curriculum or an agenda, or put yourself down that you have nothing to share, nothing to teach. One moment. (communicates with them) Yes, all right. (to me) Silly Mommy.

A: All right? You know that was from them, yes? Silly Mommy.

S: There was one point where the child said that they only have toys the Earth kids bring them. Is there anything I can send them from here?

A: We take care of that. Don’t worry about that for now. If you wish to buy something that you think they will enjoy for the future, that is up to you to buy and have in waiting. We will leave that up to you. All right?

S: And is there any way to tell when I will actually meet them?

A: You are asking the same question twice. You cannot trick us.

S: They’re Sassani but still hybrid? Is that right?

A: Sassani is hybrid.

S: Ah yes, okay. Bashar also talks about having a symbol, a single image to communicate with them.

A: If you wish. Maybe that is part of your play.

S: I don’t know whether to just like continue my attempt to communicate…

A: Keep it in your own backyard.

A: You see, that came from Albion. He learned that phrase: Keep it in your own backyard. 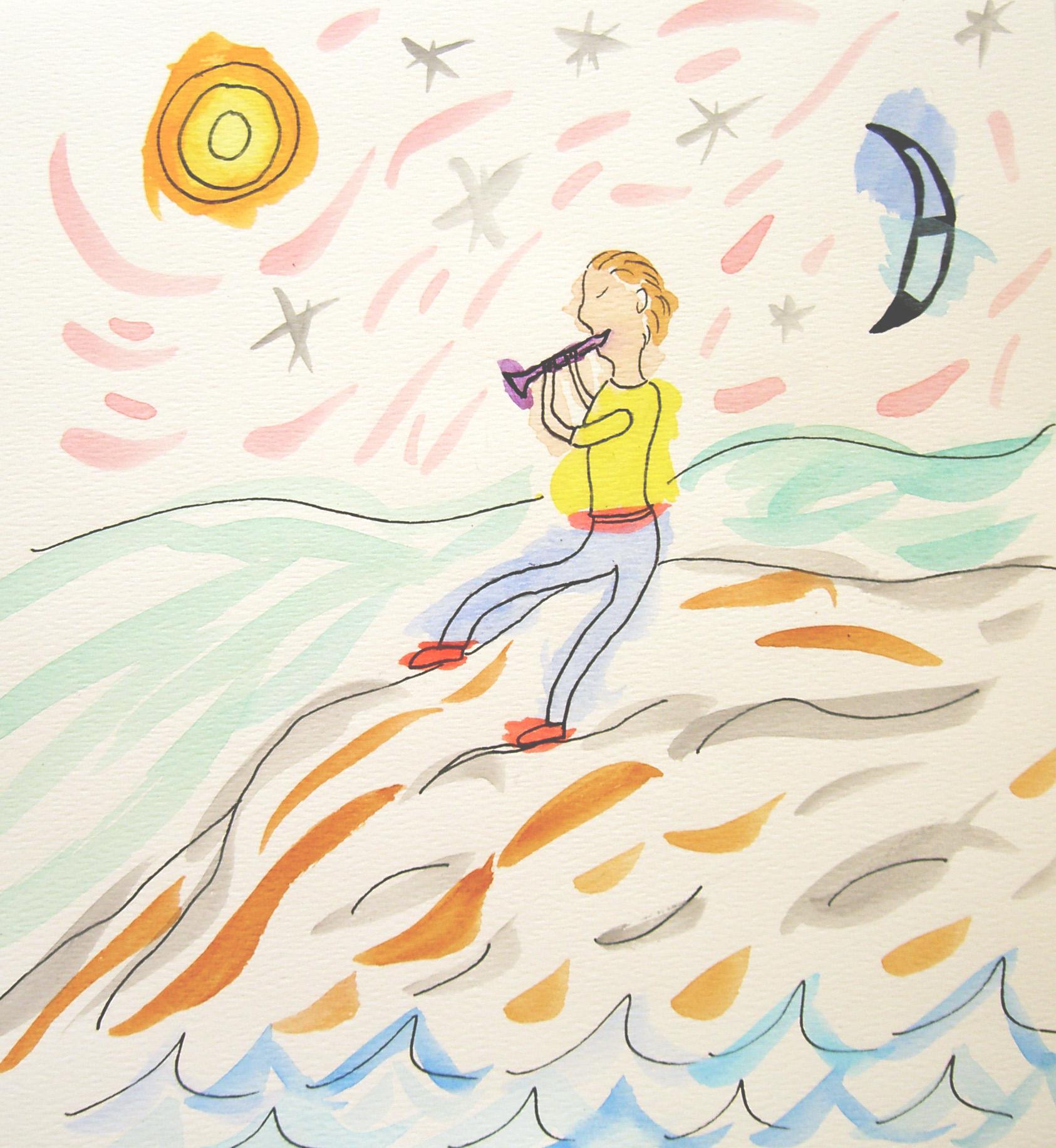 S: I had this dream. It was very vivid. First thing, I had a list of people to call to discuss this game I was creating where the human kids could communicate with the hybrid kids, and that was the end of that part. Then I was at home and these two women knocked on the door. They’d come over to discuss the Contact Act documentary that I’d been planning to do but then Bashar said it wasn’t the right time. Anyway, they came in and a sort of teenage girl and I were making coffee for them. Was she one of my children?

S: Was that May or someone else?

S: Do you know her name?

S: The same name as mine?

A: Yes. Shay-ron. She has taken your name.

A: Yes, older than Cake. Big sister. Big sister of all. That’s why she took your name, to be, in a sense, temporary mommy. You understand?

S: I do, because she’s the one I’ve been communicating with.

A: Yes. So, big sister takes on Mommy’s name and takes care of the rest of the children.

S: I can’t believe I got it all right.

A: You noticed that.

S: Anyway, in my dream, I went back out in the living room and all these children had appeared so I assume… I hope they were all there for me.

S: Can you tell me about the other children, the 7 and 9 year olds? 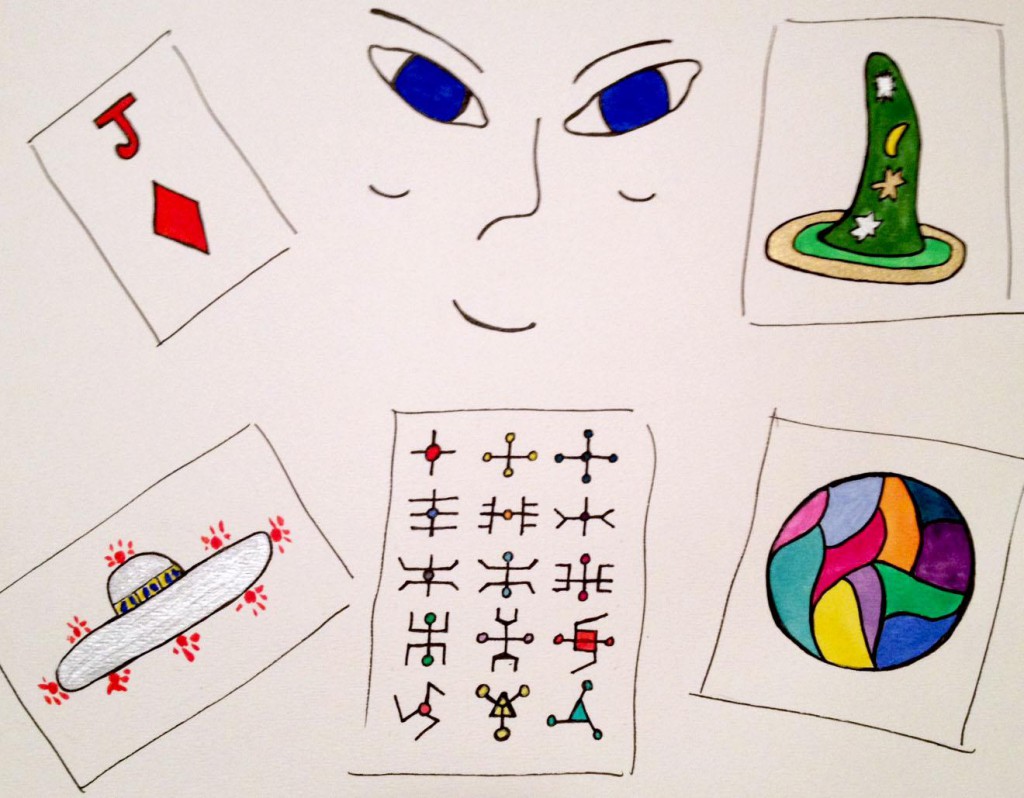 Jack: How old are you?

(The channel holds up three fingers.)

A: Yes, you just named him.

S: Do the other kids have anything else they’d like to tell me?

(April Rochelle of Bashar Communications asked Anima what it was like to work with Bashar. After Anima explained, I asked about another member of their civilization.)

S: Do y’all work with Cybo?

A: Certain specific kinds of assimilation. Certain specific endeavors that require specified knowledge of various things. Cybo – transformer, transformation. Things that have to do with change, change from one to another, shifting. Cybo is about shifting. Cybo helps with shifts. So (speaking of Bashar, Cybo and herself), initiation, shift, assimilation or acclimatization. 1-2-3. We work that way, 1-2-3. Cybo is the go-between.

S: From the first time I met you in May, until a couple of…

S: … the beginning of the month of May.

B: Thank you. Synchronicity abounds when you are open to perceive it. And the number of the age, since you like numbers, of May?

B: Which is the number of…

B: Thank you. Cybo works with May – because that is May’s strength. She is in that sense a shifter.

S: Then she is smarter than I am.

B: You are all smart.

Bridget Nielsen’s painting of the hybrid children at the top of this blog depicts the five children Anima introduced me to. From left to right, they are: Cake, May, Shay, Jack and Albion.