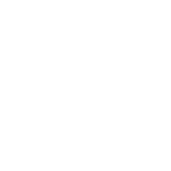 In This Weirdest of Weeks

Musings of 11/11/2016, three days after the U.S. election: (1) A few days ago I conducted an Adama Yai session with Helene Kaye, herself an experiencer and wonderful healer in Australia. Here is part of the message I received from

What Is Adama Yai and How Does It Work?

Because Adama Yai Channeled Energy Healing is my own modality, people ask, “What is it, how does it work, and what does it have to do with the hybrid children? So, with the permission of a woman living in the

Usually when one of the hybrid children or another other-dimensional being begins to communicate with me, I first get a name. Sometimes it’s not even the right name. For instance, a couple of months ago I heard the name David

Loud and Clear: The Sirians Speak

Those of you who know me know I’m not really one to toot my own horn and that I’m pretty uncomfortable doing so. One of the people who had an Adama Yai healing with me not long ago actually said,

When I was 12, I had a brief vision of Yeshua. Also around that time, my mother said to me, “When you were younger, Sharon, it was very cute, but now that you’re getting older, you need to come down

Some people call them coincidences, others synchronicities. Me, I think it’s the Quantum Field playing with us. Fun and games. Literally! I also believe that it’s ramping up. Four recent examples just within my own sphere: Quantum Game #1: Unbeknownst

[Please note: Confidentiality is very important to me, and I hadn’t planned to use anyone’s name in this blog but all three people requested and/or approved the use of their names.] I’ve been doing remote energy healings for about four

Although I connect with other people’s hybrid children during my Adama Yai sessions, it’s been a while since one of my own kids introduced him- or herself to me. So I was delighted when a 15-year-old boy priest/shaman showed up

The Shift Is On

Before last month I’d facilitated hybrid children workshops all over California, in Sedona and during a Netherlands/Norway trip two summers ago. I loved doing all of those. But what happened last month at Robin Carpenter’s home near Sacramento, California, was